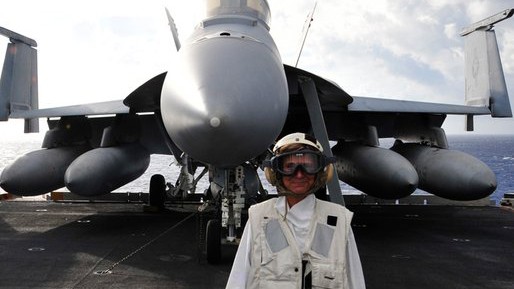 Yes, It’s me! High performance on the flight deck

If you think your business challenges are difficult, imagine what it would be like to catapult fighter planes off an aircraft carrier in the middle of the Atlantic Ocean?

In 2011, I had the opportunity to conduct a leadership development course for new flag officers in the U.S. Navy on the USS Enterprise, the first nuclear-powered aircraft carrier. The warship was able to launch and recover aircraft simultaneously and was capable of embarking 66 aircraft at any given time. Aircraft from the ship flew more than 2,000 sorties during the Afghanistan conflict.

I watched as groups of 20-something sailors, wearing color-coded jerseys, worked together seamlessly on the flight deck to get the military planes airborne. On a training mission headed to Afghanistan, the seamen were calm and professional. To me, the shaking as the planes took off felt like a high-magnitude earthquake.

Everyone on board had a role to play and they all worked as a team to get the job done. Although the USS Enterprise was deactivated in December 2012, I often think about that experience as I help senior leadership teams accelerate their performance. Especially in these difficult times, leaders need the same precision, coordination and respect that I saw on the “Big E” to achieve their business goals.

To learn more about how to build high-performance teams at your company, please contact me at lucia@centerforhighperformance.com.